Our founder Nina at Shopping Queen!

I've been a big Shopping Queen fan since the first hour, I just like the entertaining and humorous way Guido and the whole team present the show and of course it's always exciting to see how the girls live and what they end up shopping for. Of course, you would always do it 1000 times better yourself, "Oh God, why did she buy that horrible top, it looks awful!

Since one of my best and oldest friends is the editor of the programme, it was only a matter of time before I applied myself. Unfortunately, I didn't have an advantage in the application process because of him, I had to be just as convincing with my personality as everyone else.

We already shot a year ago, because every now and then episodes are produced on reserve. It was such an incredibly fun and exhausting week with the girls, we got on so well (Christian and I still meet up regularly with Sunny and her husband). The whole team, the editors and also the cameramen were incredibly nice, but what looks so easy and simple on TV and is told in half an hour is really hard work in reality. The day of filming goes from 9 a.m. to 2 p.m. and the net shopping time is super short, because sometimes everything has to be filmed from different sides, so you have to get off the bus, the cameraman films from behind, then get back on the bus and get off again, this time he films from the front, every part you touch in the shop is photographed at the same time and then filmed again in close-up. 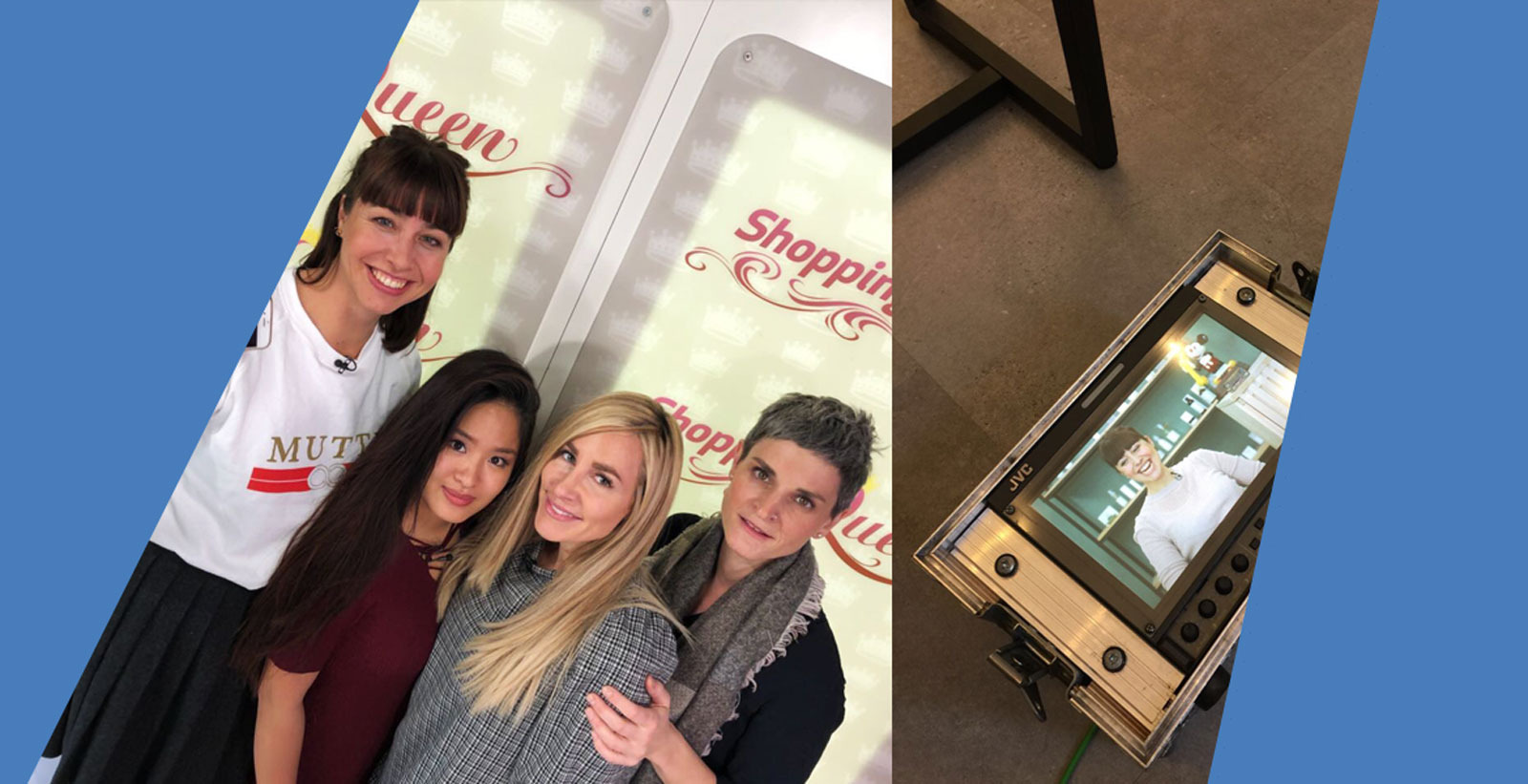 You can't just run into any shop, you have to hand in a list of places you'd like to go beforehand, and the editors then get permission to film. Larger chains are taboo, of course, because you could easily shop for a complete outfit there.

When the outfits are presented on the catwalk, the next surprise comes, because you don't just walk the catwalk once, but at least 10 times, shot from all possible perspectives, and at the end everything is cut together to 2 minutes of walking.

What you don't see on TV as a viewer is how much fun you have behind the scenes with the editorial team! Two so-called realisers accompany you shopping and stay with the other candidates in their respective flats. As an inexperienced person in front of the camera, you don't make jokes and say snappy things all the time, so the team motivates you accordingly. This doesn't stop even when the camera isn't running and my stomach literally hurt from laughing every evening.

Of course I can't tell you who won and how the looks turned out, but I can only say that it was such a cool week and I can only recommend it to anyone who is thinking about applying, it's really great fun!

By selecting "Accept all", you give us permission to use the following services on our website: YoutTube, Vimeo. You can change the settings at any time (fingerprint icon in the bottom left corner). For further details, please see Individual configuration and our Privacy notice.

The settings you specify here are stored in the "local storage" of your device. The settings will be remembered for the next time you visit our online shop. You can change these settings at any time (fingerprint icon in the bottom left corner).

To view Vimeo contents on this website, you need to consent to the transfer of data and storage of third-party cookies by Vimeo.. This allows us to improve your user experience and to make our website better and more interesting. Without your consent, no data will be transferred to Vimeo. However, you will also not be able to use the Vimdeo services on this website.

Would you like to see these contents? Activate the desired contents for one session only or allow the website to remember these settings. Once you have given your consent, the third-party data can be loaded. For this, third-party cookies might be stored on your device. You can change these settings at any time (fingerprint icon in the bottom left corner). For further details, please see the Privacy notice.